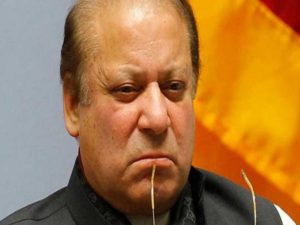 Judge Mohammad Bashir ordered Sharif to serve 10 years for owning assets beyond income and one year for not co-operating with the NAB. The sentences are to be served concurrently.

His daughter and son-in-law were also convicted.

Nawaz Sharif, who is currently in London and was sentenced in absentia, has said the charges are politically motivated. 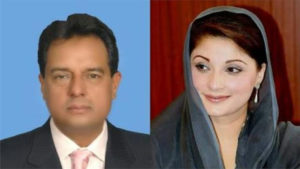 Sharif and Maryam also received fines of £8m ($10.6m) and £2m respectively. They are currently both in London where Sharif’s wife, Kulsoom Nawaz, is receiving treatment for cancer.

The case, known as the Avenfield Reference, relates to a number of properties in the UK capital.

The Panama Papers leak in 2015 revealed several of Sharif’s children had links to offshore companies, which were allegedly used to channel funds and buy foreign assets – including luxury flats in Avenfield House, on London’s Park Lane. 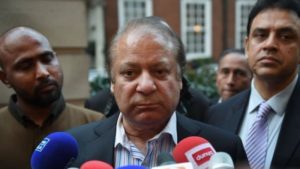 His family, however, insist they legitimately acquired the four properties.As part of the ruling, the court ordered they be confiscated for the federal government.

The UK has no formal extradition treaty with Pakistan, but Section 194 of the Extradition Act 2003 allows special extradition arrangements in exceptional circumstances.

Fearing unrest, the Pakistani authorities reportedly closed roads around the Federal Judicial Complex in Islamabad and imposed a ban on public assemblies or rallies in the area.

The court repeatedly delayed the decision, initially pushing the ruling back after Friday prayers and then several times again, sparking speculation about the wait.

However, the judge reportedly said part of the delay was because of the need to photocopy the judgement – which is more than 100 pages long – for both the defence and the prosecution.

On Twitter, the hashtag #AvenfieldReference became one of the highest worldwide trends as Pakistanis awaited the verdict.

The ALS Association says,Anthony Senerchia credited as one of the co-founders of the viral “Ice Bucket Challenge” that swept social media in 2014 has died at the age of 46 after a years long battle […]