A new oversight committee of MPs and senators tasked with reviewing national security and intelligence matters has delivered its first classified report to Trudeau, regarding his trip to India in February and the Jaspal Atwal affair. 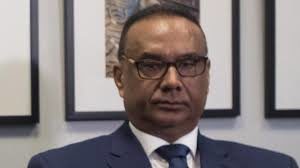 The special report includes 18 findings and six recommendations concerning allegations of foreign interference in Canadian political affairs, risks to the prime minister’s security and inappropriate use of intelligence.

It is however unclear how much of the report will ever be made public. The prime minister has the right to redact any information that could compromise national security, defence or international relations before tabling an unclassified version of the report in the House of Commons.

The seven MPs and three senators on the committee have received top security clearance and have signed lifetime confidentiality oaths in order to complete independent reviews of the country’s most sensitive security and intelligence issues.

Stephanie Carvin, an assistant professor of international security at the Norman Paterson School of International Affairs and a former security analyst for the federal government said,  “Yes, the prime minister can redact information, but it is supposed to be for reasons of national security, not political interest.”

The prime minister now has 30 sitting days to table the unclassified report. As the House will likely rise in June, the report may not be released until the fall.

Netflix Canada is warning subscribers to be aware of fraudulent messages that appear to be sent by the streaming service. The company issued an alert on its website saying that some Canadian users are receiving […]

Peel Regional Police has identified the victims of deadly collision happened in Brampton last night. The driver of the Toyota, Paramjit Gill, 62, of Brampton, was also pronounced dead at the scene.   The other […]