The Indian government is considering changes in the law to enable elimination of an absconding NRI husband’s share of joint property and prevention of alienation of commonly held land to build pressure on delinquent spouses who refuse to answer court summons. 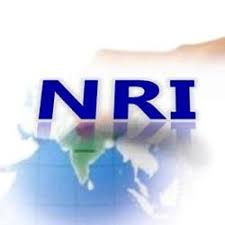 There have been endless reports of several cases, many from Punjab, of “NRI husbands” who marry women promising an attractive lifestyle but turn deserters soon after.

A group of ministers has shortlisted possible measures that will act as a deterrent and also help deliver justice to wives in distress.

The measures include a dedicated website for putting up unanswered summonses which will be set up by the ministry of external affairs. 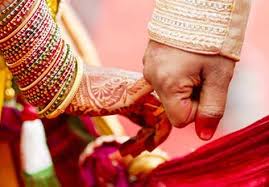 If husbands facing legal action refuse to answer or evade summonses, these will be deemed to have been served once they appear on this website. This is to deal with offenders who move countries and sometimes change identities to evade the legal process.

Also under consideration are strict measures like revocation of passports in case of husbands who fail to respond to summonses and declaring them absconders.

Compulsory registration of NRI marriages within 48 hours of a wedding being solemnised is another measure that will be put on fast track now.

The development is significant as the GoM (Group of Minsiters) , comprising of senior ministers like Sushma Swaraj, Rajnath Singh, Maneka Gandhi and Ravi Shankar Prasad, felt that there is a strong need to find solutions, even innovative ones, to tighten the law and bring the non-resident Indian offenders to book.

The move will take the shape of a Cabinet proposal after legal scrutiny.

The Group of Minsters , which had considered the legal tenability of measures, is understood to be in agreement of the changes in the law that will be required. According to officials, there will be a need to amend the code of criminal procedure (CrPC), the marriage registration act and passport rules.

India to Canada: Stop misuse of freedom of expression to ‘glorify terrorists’

TOP500 list puts China on top for possessing fastest supercomputers in the world.

The 5oth TOP500 list of the fastest supercomputers in the world has China overtaking the US in the total number of ranked systems by a margin of 202 to 143. It is the largest number of […]