Peel Regional Police Homicide and Missing Persons Bureau are investigating the 8th homicide of 2018 which claimed the life of a Brampton man, Paviter Singh Bassi. 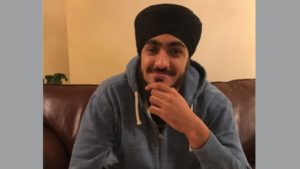 On Monday, March 19, 2018, at approximately 5:50 p.m., officers responded to reports of an assault taking place in the area of Sandalwood Parkway East and Cedarcliff Trail in the City of Brampton. Upon arrival, officers located the victim suffering from life-threatening injuries. Paviter Singh Bassi was rushed to a Toronto Trauma Centre where he later succumbed to his injuries.
On Wednesday June 27, 2018 investigators arrested and charged Harman Singh, a 23 year-old male from Caledon, for First Degree Murder.
Harman Singh will appear at the Ontario court of Justice in Brampton on Thursday June 28, 2018 for a bail hearing.This is the fifth person to be charged in this case. Homicide investigators previously arrested and charged the following parties from the City of Brampton, with First Degree Murder:
Karanvir Singh Bassi, a 22 year-old male,
Guryodh Singh Khattra, a 23 year-old male,
Gurraj Bassi, a 20 year-old male,
Harminder Bassi, a 24 year-old male.
There is no familial relationship between the victim and any of the accused parties.
Investigators are appealing for witnesses, Dash-cam video, surveillance video, or anyone who may have information concerning this investigation to contact Peel Regional Police Homicide and Missing Persons Bureau at (905) 453-2121 Ext 3205. Information may also be left anonymously by calling Peel Crime Stoppers at 1-800-222-TIPS (8477), or by visiting www.peelcrimestoppers.ca.

Trudeau to attend dinner for Aga Khan in Ottawa

To promote the safe sale and use of fireworks, the City of Brampton is conducting a mandatory Fire Safety Course for fireworks vendors before they can apply for a license to sell for Diwali and […]