Peel Regional Police invite you to join us in celebrating the heroic and courageous efforts of a Brampton citizen. One who’s actions not only received our attention that we acknowledged on June 20, 2019, but also received international attention and earned him the prestigious Carnegie Medal.

On August 29, 2018, Harmanjeet Singh Gill, a 20-year-old truck driver from Brampton, saw an SUV violently strike several vehicles and land on its driver’s side a few feet from a house in the area of Creditview Road and Williams Parkway. Concerned for the safety of the occupants of the vehicle on fire, Harmanjeet rushed to the crash. Observing three people inside, Harmanjeet immediately took action. Through the sunroof, he pulled the first man out and brought him to a place of safety. He returned to the burning vehicle and dragged a second man to safety. Returning to the burning car a third time, he was joined by an area teen who had also responded to the scene. Working together, they created a larger opening by breaking the sunroof and successfully pulled the last man to safety. Moments later, the vehicle became fully engulfed in flames, quickly spreading to a second car, and began to close in on the house. 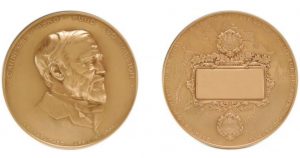 On December 14, 2020, the Carnegie Hero Fund Commission announced 17 Carnegie Medal recipients for the year, including Harmanjeet Singh Gill. Harmanjeet did not hesitate; His selflessness and commitment to save the trapped men’s lives exude genuine empathy at humanity’s highest level. Peel Regional Police would like to share our sincere gratitude to Mr. Harmanjeet Singh Gill, whose brave act demonstrates what A Safer Community Together truly means.

Julie Payette resigns as Governor General in wake of independent review concluding she presided over a toxic work environment. It’s to be noted that last year PM office hired an independent consulting firm to review […]

The permit for Calgary-based TC Energy’s Keystone XL pipeline has been revoked by U.S. President Joe Biden revoked today after being sworn in as the 46th president U.S.. This is the $8 billion pipeline permit […]

January 18, 2021 Comments Off on Khalsa Aid Nominated For The Nobel Peace Prize

Members of the Canadian Parliament nominates the UK-based international NGO Khalsa Aid for the Nobel Peace Prize. The official submission was submitted yesterday by the Canadian MP Tim Uppal, Mayor of Brampton Patrick Brown, and […]