Police have released the name of the 10-year-old girl killed in the mass shooting in Toronto’s Danforth neighbourhood on Sunday.
Julianna Kozis of Markham was killed in the shooting that also claimed the life of 18-year-old Reese Fallon and injured 13 others. 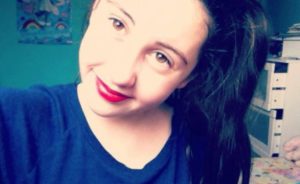 “Her family has requested privacy during their time of grief,” the Toronto Police Service said in a statement.
Police have refused to confirm where along the Danforth Avenue strip Kozis was shot. However, a witness who spoke with CBC News on Monday said he tended to a seriously wounded young girl of about the same age.
Md Ashaduzzaman was working in the back kitchen at Caffe Demetre when the shooting started. A woman in the café was soon screaming for help, saying her daughter had been shot.
The cafe at 400 Danforth Ave., has been identified as the third shooting site along the gunman’s deadly rampage.