Peel Regional Police is on manhunt for two after the suspects detonated an “improvised explosive device,” injuring 15 innocent people late Thursday inside a Bombay Bhel, an Indian cuisine in Mississauga, said  police.

2 suspects attended the scene, detonated an Improvised Explosive Device within the restaurant. Several injured were taken to local hospital and 3 in critical condition were taken to a Toronto Trauma Centre. pic.twitter.com/yzCT59UVN6

Police said  that the suspects walked into the restaurant in Mississauga around 10:30 p.m., and detonated the device, then fled. 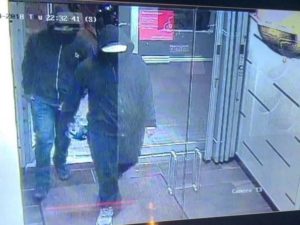 Surveillance photos show them wearing jeans and dark-colored hoodies. One had his face covered with a black cloth, police said.

Their injuries were “consistent with those of an explosion,” said Brian Gibson, deputy chief at Peel Regional Paramedic Services.

Peel Police say that a Mississauga crash that claimed the life of a 19-year-old university student appears to have been caused by street racing.The collision occurred near Eglinton Avenue, near Mavis Road, at around 11 […]