A malfunction in the new national public alert system for mobile devices affected the entire province of Quebec today while in Ontario the test warning messages appeared to be hit and miss. 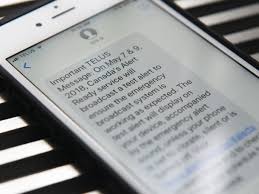 Shortly after the test was scheduled to reach mobile devices in Ontario, at 1:55 p.m. ET, social media was flooded with messages from people confirming they had received the signal, others who had not and still others who appeared startled or even surprised by it.

A Twitter user, Brent Morris, wrote that some people at his office got the alert on their phones, but he didn’t. 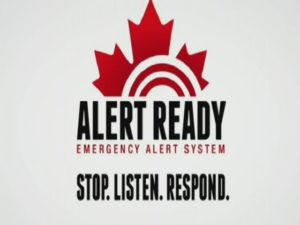 “I guess if the world ends, I’m the last to know,” he quipped.

For those who did receive it the message read, in part, “This is a test of Ontario’s Alert Ready System. There is no danger to your health or safety.”

In Quebec, where the test did not go as planned shortly before 10 a.m., the problem did not originate with cellphone service providers but appears to have occurred between emergency management in the province and Pelmorex Corp., which operates the system, said the CRTC’s Patricia Valladao.

Valladao said,”The alerts are actually coming from the emergency management in the region and then it goes to Pelmorex.”

In an email to The Canadian Press, Pelmorex issued a statement explaining what happened.

“A space incorrectly included in the coding prevented the Alert Ready System from sending the Quebec test message to compatible wireless devices earlier this morning,” it read, adding the misconfiguration was quickly corrected.

The statement also pointed out the Quebec test “did broadcast successfully on TV and radio.”

In Ontario, the test alerts were also expected to be broadcast across TV and radio airwaves, but in some cases no messages were seen on TV screens.

Valladao pointed out at least it was just a test and not a real emergency. “That’s why they were running tests — to see if something went wrong.”

The tests were being conducted after the Canadian Radio-television and Telecommunications Commission ordered wireless providers to implement the system to distribute warnings of imminent safety threats, such as tornadoes, floods, Amber Alerts or terrorist threats.

Jaylene Prime , 11, suffers from a rare form of juvenile arthritis and requires an elaborate combination of pills and injections. Aldergrove’s Charlene Prime describes her family’s morning routine involves a fair amount of screaming and throwing […]

Canada has announced that it is expelling Venezuela’s ambassador to Ottawa, Wilmer Barrientos Fernández, and its charge d’affaires, Ángel Herrera. Foreign Minister Chrystia Freeland said the move was in retaliation for the expulsion of its […]