The bombing of an Air India flight from Toronto to Bombay on 23 June 1985 — killing all 329 people on board — remains Canada’s deadliest terrorist attack. A separate bomb blast the same day at Tokyo’s Narita Airport killed two baggage handlers. 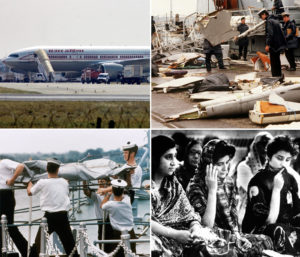 RCMP continues to be determined in bringing justice to those 329 innocent people who lost their lives in the bombing of Air India Flight 182 on June 23, 1985, off the coast of Ireland.

Also, in the case of the Narita airport explosion.

Dawn Roberts, Director in charge of BC RCMP Communications said,  “The investigation into the bombing of Air India Flight 182 remains open for the RCMP. There were 329 people that were killed as a result of the horrific criminal act, as well as two people in Japan, and police have an unwavering commitment to finding answers for their families and holding those responsible accountable.” 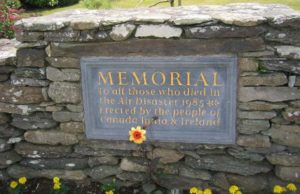 She added: “The RCMP remains committed to investigating any evidence that is brought forward, no matter how small it may seem … We are encouraging anyone with information that may pertain to the bombing to contact Sgt. Eric Boucher with the Integrated National Security Enforcement Team (INSET) at 778-290-3700, or the National Security line at 1-800-420-5805.”

Roberts said: “As in previous years RCMP personnel will be attending the Air India memorials taking place in Vancouver and Toronto.”

After a 15-year investigation into the largest mass murder in the country’s history, two British Columbia Sikh separatists were charged with murder and conspiracy in both attacks. They were acquitted in 2005. A third accused, Inderjit Singh Reyat, was convicted of manslaughter for his role in building the two bombs.

On 27 October of 2000, Ripudaman Singh Malik was arrested at a private school he had founded in Surrey.

Ajaib Singh Bagri was also arrested, outside his home in Kamloops, British Columbia.

They both were charged with conspiracy to commit the first-degree murders of those who died aboard Air India Flight 182. They also faced similar charges in the deaths of the two Japanese baggage handlers.

Lead prosecutor Bob Wright laid out the Crown’s case, saying that both Malik and Bagri had conspired with the late Talwinder Parmar, Reyat and “unknown” others to bomb India’s national airline. Lawyers for both accused men then said the Crown’s case was weak and relied on witnesses with grudges against Malik and Bagri.

Both Malik and Bagri walked out of the courthouse with their families within an hour.

In 2010, on the 25th anniversary of the bombing, Prime Minister Harper issued a formal apology for the errors that were made by government agencies both before and after the tragedy.

In the year 1991, Inderjit Singh Reyat was sentenced to 10 years in jail in for the manslaughter of two baggage handlers at Narita Airport.In 2003, he pled guilty to manslaughter in the bombing of Air India Flight 182. 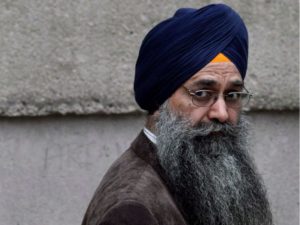 In January 2011, he was sentenced to nine years in jail for telling lies under oath in 2003 in the Air India trial. His testimony was part of a deal in which he pled guilty to the manslaughter charge.

In his 2003 testimony at the Air India trial, Reyat said that Talwinder Singh Parmar (who is considered the mastermind of the Air India bombing plot and who was apparently murdered by Indian police in Punjab before he could be charged by the RCMP) asked him to make an explosive device in 1984 and that he agreed because he was very upset at the way the Indian government had treated Sikhs. He said he bought material for the device and claimed that Parmar did not tell him what it would be used for.

On Sept. 19, 2010, a jury convicted Inderjit Singh Reyat of perjury for lying at the Air India trial. When Justice Mark McEwan sentenced him to nine years, he said Reyat “behaved nothing like a remorseful man unwittingly implicated in mass murder. In the witness box, Mr. Reyat behaved like a man still committed to a cause which treated hundreds of men, women and children [as] expendable.”

New Canadian research shows just how dangerous the flu can be, revealing that the illness raises the chances of a heart attack by six times during the first week. It’s long been known that the […]

Thanksgiving weekend going to have warm days and a windy night, forecast says.

Environment Canada is predicting a warmer than normal Thanksgiving weekend in Toronto with a windy night on Saturday that could produce gusts capable of damaging trees. Today , the forecast calls for a few showers in the […]