Timmy Kinner, a Laos Angeles resident has injured nine people in a knife attack at a children’s birthday party in Boise, Idaho.

Police believe that Saturday’s attack at a complex for refugees was motivated by “vengeance” after the suspect had been asked to leave the place a day before. 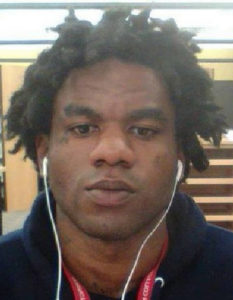 Six children – aged three to 12 – were among the injured. Most of the refugees in the complex are from Ethiopia, Iraq and Syria. The victims included the three-year-old birthday girl and five other children ages 4 to 12. Three adults who came to their defence were also hurt, some are in hospital in serious condition.

Kinner, 30, is charged with nine counts of aggravated battery and six counts of injury to a child. 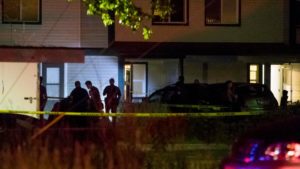 Boise police chief William Bones told reporters the suspect had been staying with an acquaintance at the complex – but was kicked out on Friday.

“It appears from the investigation, it was a matter of where they (victims) lived, not a matter if they knew the suspect”, the police chief added.

Esrom Habte, 12, and Fathi Mahamoud, 11, were playing in the grass behind their apartment when the attack began.

“We saw him saying bad words and stabbing a kid and a grown-up and really hard and a lot of times,” Esrom said.

The two ran into an apartment and hid in a closet with other children until police told them it was safe to come out, he said.

The most destructive wildfire raging in southern California has expanded significantly, scorching an area larger than New York City. The Thomas Fire in Ventura and Santa Barbara counties has consumed 230,000 acres (930 sq km) […]

Meet Japman Kaur,the first female and the first amritdhari Sikh to be an NBA team attendant .

Japman Kaur, first female and the first amritdhari Sikh to be an NBA team attendant with the Detroit Pistons! Japman Kaur, a young woman has made the news as she has made American history. She […]

Melina Roberge, a Canadian who plead guilty to trafficking 29kg of cocaine into Australia and helping to disguise the smuggling operation as a luxury island cruise, has been sentenced to eight years in prison. Melina […]