British Prime Minister Theresa May has appointed Sajid Javid, a second-generation migrant whose parents came to Britain from Pakistan, as Home Secretary on Monday morning replacing Amber Rudd who resigned after repeatedly struggling to account for her role in the unjust treatment of Windrush-generation migrants.

Javid, 48, is the first member of an ethnic minority to hold the position, one of the most senior in the British government. He had spoken out forcefully on the plight of people from former British colonies who arrived legally in Britain in the 1950s and 60s, but who had struggled to prove their status amid a wider crackdown on illegal immigration. 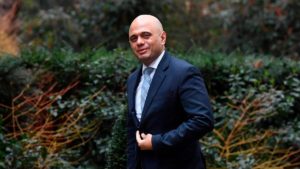 They became known as the Windrush generation after the name of the ship that brought an early group of Caribbean migrants to Britain in 1948.

Former Home Secretary Rudd quit the top Cabinet post after admitting she “inadvertently misled” government over targets for the deportation of illegal immigrants.

Rudd was the fourth high-ranking minister to resign from Prime Minister May’s Conservative government in the past six months.

Shortly after the appointment, Javid told the BBC his “most urgent task” was making sure the Windrush generation was “treated with the decency and the fairness that they deserve.”

Before entering politics, Javid was managing director at Deutsche Bank, and has previously said staying in the European single market — the tariff-free common trading area — was a big factor in his decision to vote remain. He was Business Secretary in the previous government of David Cameron.