Sandeep Dhiman, a Punjabi boy living in New Zealand was found dead found in a roadside ditch on the morning of December 18.

Dhiman, of Kharar was robbed and stabbed to death near Tutira, about 40 km from Napier, in New Zealand. 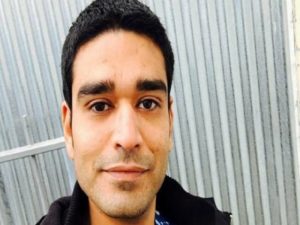 Shaun Karauria, 17, a Napier teenager has been sentenced to life in jail after admitting his part in the murder of Dhiman.

Karauria was sentenced in the High Court at Napier on Thursday after last month pleading guilty to the murder of  Dhiman.He also pleaded guilty to aggravated robbery. 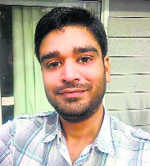 A second teenager, a female aged 17, is still facing a charge of murder. Her name is not released.

Dhiman , an IT worker was employed by Chorus shifted to NewZealand in 2015 on student visa.

On an unfortunate day of Dec 18, Dhiman was left alive and begging for help before he died.

Crown prosecutor Steve Manning called  it a “brutal homicide” at the highest level, and a minimum jail term of 15 years was appropriate.

Manning said that Karauria turned himself in to police and that he was remorseful, and that he was youthful, but these were secondary to the offending itself, “which did not carry any mitigating circumstances at all”.

Karauria’s lawyer Eric Forster said his client was sorry for what he had done.

Dhiman was effectively befriended and “set-up” as part of a plan to steal his car.The judge said that Dhiman was taken to a remote location where Karauria stabbed him nine times. 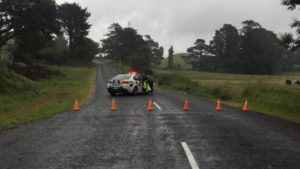 “The victim managed to stagger back to the road, where he collapsed. At that point you launched another attack on him with stomps to the face and head. The clear purpose was to make sure he was dead.”

As Karauria drove away in Dhiman’s car he became aware that Dhiman was still moving, so he returned and continued the assault.

Dhiman was left where he lay. He was found 12 hours later.

Justice France said, “I think everyone who hears these facts will be struggling to believe them. Planning to steal a car is one thing, but literally planning, as you did, to kill the person as well is so callous and unnecessary as to defy belief.”

“You had no grudge against him, no reason to do that, and then on the day, as I have described, you carried it out with such terrible determination.”

France said he had read three “heartfelt” victim impact statements and seen the “pain and anger” Dhiman’s family were going through.

He added that there was “no forgiveness in them” at this point.

“That is no doubt the correct sentence, but as a society we cannot take comfort from it.”

The judge took into account a very early guilty plea and remorse, and sentenced Karauria to a life sentence with a minimum non-parole period of 12 years, noting that anything less would not reflect the serous nature of the crime.

The UN Population Fund projects that the estimated 3.9 million girls subjected to genital cutting every year will rise to 4.6 million by 2030 due to expected population growth unless urgent action is taken. Female […]