The princess of Saudi Arabia, Hassa bint Salman Al Saud, is on trial in absentia in France after allegedly ordering her bodyguard to assault and humiliate a local French craftsman at her upmarket Avenue Foch luxury apartment here three years ago.
The French craftsman, identified as Ashraf Eid, was renovating the princess’ apartment when the alleged assault took place, according to CNN. Ashraf claimed that the Saudi royal ordered her bodyguard to attack him after accusing him of taking her pictures in September 2016. He alleges that the guard, Rani Saidi, tied his wrists, beat him up, put a gun to his head and asked him to kiss the princess’ feet. 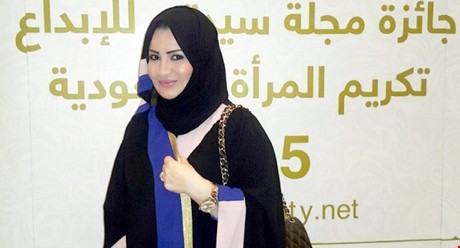 The team representing the Saudi Crown Prince’s sister has since refuted all accusations against the royal, requesting acquittal. The princess is being tried on charges of armed violence and complicity to hold someone against their will.

The craftsman was working the apartment’s bathroom when the alleged assault occurred. He has claimed that he was taking photographs of the furniture “for reference” when he saw the princess’ reflection in the mirror. Noticing this, the Saudi royal ordered her bodyguard to take the Frenchman’s phone away, following which Saidi assaulted the man.
Ashraf claimed to recount the princess’ words during the assault and quoted, “You’re all the same, bastards, dogs. You’ll see how you should speak to a princess, how one should speak to the royal family.”
Following this, Saidi put the gun to Ashraf’s head and said, “Kiss the princess’s feet or risk further assault.”
The craftsman had complained to the police after being let off, following which the police questioned the princess for two hours before letting her go. Hassa left the country three days later.
An international arrest warrant was issued for the royal in 2017 after an investigative judge failed to establish contact with the princess.
The bodyguard, on the other hand, appeared in court on Tuesday and dismissed the allegations against him even when asked about the marks on Ashraf’s wrist which the police noticed after the assault three years ago.
“I have never been violent. I did grab (Ashraf) and then I held him because I didn’t know his intentions,” the bodyguard said.
A six-month suspended sentence has been asked by prosecutors for Princess Hassa, while an eight-month suspended sentence has been sought for her bodyguard. A fine of 5,000 Euro each has also been asked. (ANI)

New Brunswick’s Progressive Conservatives won a majority government on Monday, — the first in Canada since the emergence of the COVID-19 pandemic. “Come what may in the months and years ahead, we know we’ll have […]

The Government of Canada is committed to building a clean energy future to strengthen the economy, create good jobs and support the natural resource sectors. This commitment will be more important than ever as we […]