Region of Peel – Investigators from the Central Robbery Bureau are asking for the public’s assistance in locating suspects in relation to a GTA robbery spree, carjacking, and firearm offence the occurred in the City of Mississauga.

On Friday, July 24, 2020, at approximately 6:45 p.m., a pharmacy located in the area of Credit Woodlands and McBride Ave in the City of Mississauga was robbed by two suspects. No weapons were seen, and there were no injuries. They fled the area in a white Nissan Altima. 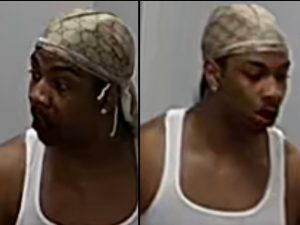 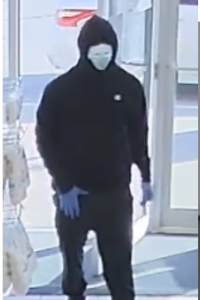 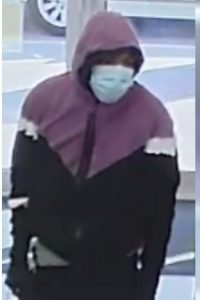 These suspects are also wanted for a series of violent armed robberies including:

The white Nissan Altima was used as a getaway vehicle in all the robberies.

On Friday, July 24, 2020, this suspect vehicle was located by investigators into the area of Burnhamthorpe Road and Confederation Parkway with another vehicle in the underground parking garage of an apartment building. In total, there were now four suspects. Tactical and Rescue Unit officers attempted to stop both of these vehicles, and the suspects attempted to flee. During this interaction, one of the suspects, later identified as Ridwan Dalmar, fired one round from a firearm in his possession. The suspect vehicle was then also driven at officers who then returned fire to prevent them from being seriously injured or killed. The two suspect cars were disabled, and two occupants were arrested, including Ridwan Dalmar.

Two other suspects, responsible for the earlier pharmacy robbery, managed to flee on foot. While fleeing on foot, one of these suspects approached a pickup truck that was occupied by a family with children who had just picked up dinner. The suspect entered the rear of the vehicle and ordered the family to drive. In fear, the family all attempted to flee from the car. Before they were all able to escape, the suspect entered the driver’s seat and fled the area with an 8-year-old child. She was located a short time later, uninjured on a side street. The pickup truck was later recovered unoccupied.

An examination at the scene revealed a loaded handgun in one of the vehicles with an extended magazine holding 31 rounds of ammunition. The stolen property from the pharmacy was recovered.

“This is another example of the level of violence our officers battle daily in the interest of keeping the community safe. The same people using firearms in robberies were willing to endanger the life of an 8-year-old. They have no limits, and neither will our service in our commitment to bringing them to justice and protecting our community,” said Chief Duraiappah.

Deputy Milinovich said, “During the past week, we have continued to pursue offenders who demonstrate a complete disregard for our community’s safety. Our investigators are committed to their capture. We are confident that they will be located and arrested with assistance from our community. We encourage the responsible parties to contact counsel and turn themselves in. The actions taken by them to avoid their arrest created unnecessary danger and trauma to innocent people.”

Ridwan Dalmar, a 20-year-old from Toronto, was arrested and charged with the following offences:

Knowledge of Unauthorized Possession of Firearm

Possession of a Loaded Prohibited or Restricted Firearm

Possession of a Prohibited Device or Ammunition for a Dangerous Purpose

He was held for a bail hearing and attended the Ontario Court of Justice in Brampton on July 25, 2020.

Zakariya Dalmar, a 23-year-old man from Waterloo, was arrested and charged with the following offences:

Unauthorized Possession of a Prohibited Firearm

Possession of a Loaded Prohibited or Restricted Firearm

Possession of a Prohibited Device

He was held for a bail hearing and attended the Ontario Court of Justice in Brampton on July 25, 2020.

The outstanding suspects from the robbery are described as:

1) Male, black, 6′, 200lbs, black sweatpants, black hooded sweatshirt with a white emblem on the left chest area, blue medical gloves, white medical mask, black running shoes. He would later remove some of his clothing. (see photos). This is also the suspect responsible for the carjacking robbery.