Police are executing a series of search warrants at Markham’s Pacific Mall as part of a months-long investigation into counterfeit goods. The raids are part of an investigation that began in late April. 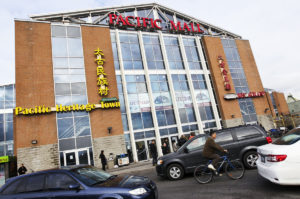 She adds that officers will be seizing a quantity of suspected counterfeit goods, including clothing, handbags and various cellphone accessories.

Investigators are currently executing search warrants at various retailers located in Pacific Mall in Markham as part of an investigation into counterfeit goods. pic.twitter.com/DC1bnwsykU

Nicolle said, “This started out with increased calls with concerns from members of our community. We heard from community members who were aware of this activity and who had concerns about it and we also heard from manufacturers, people who produce legitimate goods who had some concerns about what is going on here. It is part of an ongoing investigation and it is going to continue. We will have to see what we seize and go from there.” 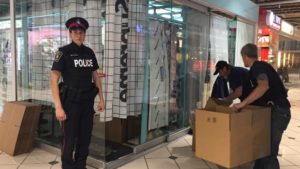 U.S. Office of the Trade Representative including the Pacific Mall on a list of “notorious markets” for counterfeit goods back in January.

The annual report listed 19 brick-and-mortar locations and 25 online retailers, though the Pacific Mall was the only Canadian location on the list.

After about a month after the release of the report, the management of the mall launched a website where shoppers could report suspected counterfeit goods and also hired a private investigator to look for counterfeit goods being sold at the mall. The mall also said that it would begin issuing written advisories and warnings to store owners who are selling counterfeit goods.

Nicolle said that while no arrests are expected today, charges could be laid in the future.She said that the sale of counterfeit merchandise is a criminal offence that affects the whole community.

She said, “It is a criminal offence and it is something that affects our community. It affects people who are legitimate manufacturers to have that fraudulent item on the market. It definitely impacts those brands and it impacts the community as whole.”

Woman gets severe allergic reaction after getting eyelash extensions

An Ottawa-area woman, Isabelle Edith Kun who developed a severe allergic reaction after getting eyelash extensions is warning other women about the potential danger of the hugely popular beauty treatment. Isabelle Edith Kun, a 20-year-old […]