Hundreds of fans arrived hours in advance to attend the ‘She The North’ rally, which was organised for Canadian tennis star Bianca Andreescu on Sunday afternoon to celebrate her U.S. Open singles title. Also, a street would be named after a Canadian tennis star and the street sign was unveiled by Andreescu alongside Mayor Bonnie Crombie.

“It’s not very often you have an opportunity to name a street for a U.S. Open champion, so we’re thinking what about Andreescu Way,” she said. 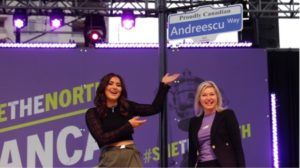 “We are so proud of you and your achievements, and your big U.S. win, your most graceful and modest approach towards embracing your successes has embodied the values of Mississauga, Ontario and Canada.”

Bianca Andreescu thanked everyone including audience, her family, friends and Tennis Canada for \their support throughout her career.

“Well, this is crazy. This is crazy. I never thought I would have my own parade before, let alone the key to the city and a street named after me,” she said.

“I am truly, truly blessed. What’s happening in Canadian sports this year has been so beautiful to watch and so inspiring.” 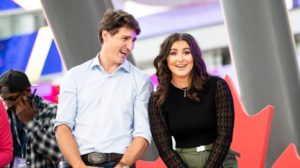 Tory presented a proclamation saying Monday would be declared Bianca Andreescu day in the city of Toronto.

“She was somebody that all Canadians would want to represent us as Canadians. She was confident, but not arrogant. She was not timid — she was smart and she was funny.”

It is to mentioned that Bianca Andreescu became Canada’s first Grand Slam tennis singles champion after beating Serena Williams in the U.S. Open final on Sept. 7 in New York.

As soon as Bianca Andreescu heard that Serena Williams was retiring from their Rogers Cup final, she went to her opponent’s bench, took a knee, and started consoling the veteran tennis player. Lost in that […]