A 28-year-old cab driver is dead following a collision early Sunday morning, Vancouver police say. The deceased has been identified as Snehpal Singh, who went to Canada on a study visa in 2010 and was a resident there.

According to reports, a smart car collided with a taxi near First Avenue and Renfrew Street in Vancouver early morning leading to the death of taxi driver. This is Vancouver’s 14th traffic-related fatality this year.

CPR was performed on both drivers, but the cab driver died in hospital, according to VPD spokesperson Const. Steve Addison. 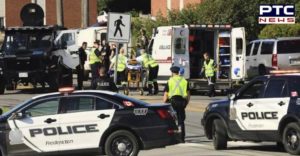 Yellow Cab president Kulwant Sahota said,“I’ve been with Yellow Cab for about 25 years, and this is the first time I can remember about a death in a Yellow Cab. I have so many guys who are distraught. We know everyone who’s working, we’re a family.”

Friends said Snehpal was engaged to be married

According to his father, he has returned to India from Canada 10 days ago. The deceased’s other brother lives in Australia.