High school students and teachers interrupted their summer vacations on Tuesday to mourn a teen killed in a shooting spree in Toronto’s Greektown over the weekend, remembering her as a kind individual and a natural caregiver. 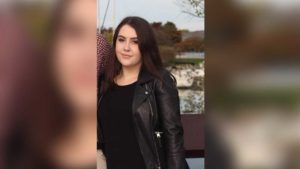 Reese Fallon had graduated from Malvern Collegiate Institute just last month and was out on a stretch of the city’s Danforth Avenue on Sunday night when she was shot by a man who fired at restaurants, patios and pedestrians.
Julianna Kozis, a 10-year-old girl was also killed and 13 others were injured. The gunman was found dead in the area.
On Tuesday, dozens of Fallon’s classmates gathered at her high school to remember the 18-year-old, who was preparing to study nursing at Hamilton’s McMaster University in the fall. 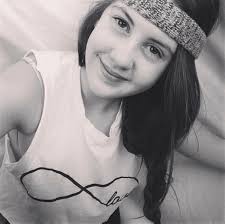 “This stuff happens all over the world every day, but you never really feel it till it’s close to you,” said 17-year-old Max Flath, who wasn’t close to Fallon but saw her at school every day. “She was a great person.”
Bouquets of flowers, handwritten notes and candles had been placed outside the school, underneath the building’s Canadian flag, which flew at half-mast. Five social workers and 15 therapy dogs were in place to provide support to those who needed it.
The Toronto District School Board said it decided to open the school to mourners after seeing the outpouring of emotion following Fallon’s death. A board spokeswoman said about 100 students showed up to the school on Tuesday. 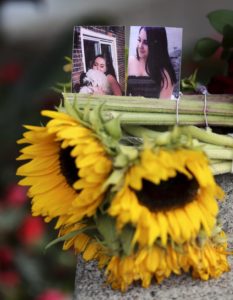 “We wanted to create a safe space within the school today so people could be together,” said Shari Schwartz-Maltz. “It’s also just a place for everybody to come together.”
Fallon’s teachers were also at the school paying tribute to their student.
“Her plan was to become a mental health nurse,” said Anthony Parise, Fallon’s English teacher. “Knowing what I know of Reese, she would have been an exceptional nurse, because she was a natural caregiver.”
Another teacher, Mark Steel, and his wife, Julie, set up an online fundraising campaign to raise money for a scholarship in Fallon’s name. By Tuesday afternoon, it had raised four times its initial goal of $5,000.
“Our idea was that we’d give the scholarship out annually to a Malvern Collegiate graduate who was going into a nursing program, because Reese was so excited and so proud to do that,” Julie Steel said, biting back tears. “She would have been an incredible nurse.”
Fallon’s family is devastated by the teen’s death and has asked for privacy.

Rampreet (Peter) Singh was a man in his late 30’s. He had been living under a bridge situated on the West Humber Trail in recent months. On Monday, September 7, 2020, shortly after 7 a.m., […]

Candidates interested in running for city council and school board trustee will have to file new nomination papers starting Monday. The Toronto City Clerk’s office issued the new directive on Thursday to comply with the […]

August is almost upon us, Toronto — but according to Environment Canada, thunderstorms and sweltering temperatures are expected in the first half of the week, followed by sun and temperatures in the high 20s in […]