The major coffee chain is closing all of its Canadian stores and offices on Monday at 2:30 p.m.

The motive is to give unconscious bias training to all the employees.

They’ll reopen the next day.

Around 175,000 employees of more than 8,000 U.S. stores already being given unconscious bias training on May 29 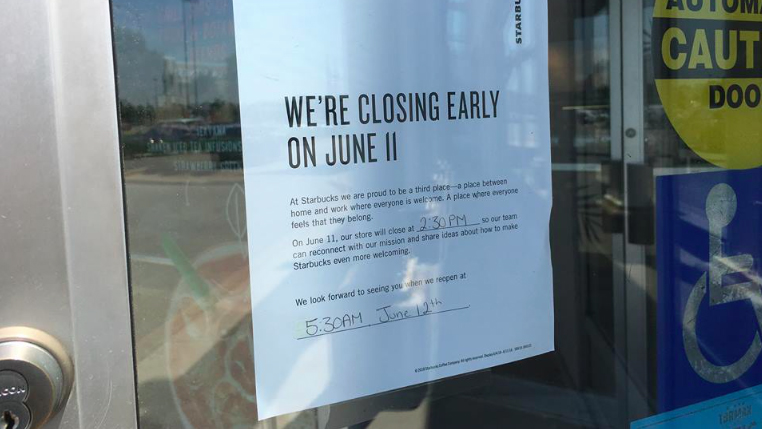 This temporary closure comes after two black men, Donte Robinson and Rashon Nelson, were arrested in Philadelphia at a Starbucks on April 12, after employees at the location called 911 after denying permission to both using washrooms in the coffee shop.

The arrest prompted protests against the coffee giant, as some customers present there say the men weren’t doing anything wrong.

Paviter Bassi, 21, a young man was beaten to death with sticks on March 19, 018. Since that time the family is struggling with the loss. Family members are fuming after all five men accused […]

The Pink Truck Tour started on October 1 and Pumper 201 will be seen around the city for the next month, raising funds for the Canadian Breast Cancer Foundation. Pumper 201’s first official appearance was […]

The power outage in Brampton affected nearly 4,000 homes this morning. The homes and businesses in the area of Goreway Drive to Bramalea Road and Sandalwood Parkway to Bovaird Drive were affected. The power was […]