For those Canadians craving a doughnut or double-double but strapped for time, there is a good news.They can now have Tim Hortons food brought to them as the national chain started testing delivery this week. 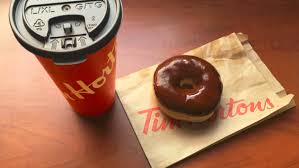 It’s one of several concepts the coffee-and-doughnut chain, working to overcome an onslaught of negative publicity, it is trying out in an effort to remain relevant to Canadian consumers.

“I think we came in with a mindset that we have to listen to our guests and adapt to their changing needs,” said Alex Macedo, president of Tim Hortons.

Macedo, who started in the role less than a year ago, said a slew of new hires, including Duncan Fulton, the chief corporate officer of Tim Hortons parent company Restaurant Brands International, is the reason for the brand’s productivity lately.

The company hopes to expand the delivery test beyond those select cities in the coming months, said Fulton, who admits he lives his life on apps like Skip the Dishes, Uber Eats and DoorDash — as do many Tim Hortons customers.

Dubai investigators on Tuesday closed the case into the death last weekend of Indian movie icon Sridevi, calling it an accidental drowning. Dubai Public Prosecution stressed that all regular procedures followed in such cases have […]

Statement from the Chief Public Health Officer of Canada on September 21, 2020

In lieu of an in-person update to the media, Dr. Theresa Tam, Canada’s Chief Public Health Officer, issued the following statement today: “There have been 143,649 cases of COVID-19 in Canada, including 9,217 deaths. […]

September 21, 2020 Comments Off on Restart funding to support transit services people count on – BC Govt.

People across British Columbia will continue to have safe, reliable and affordable public transportation options, with federal and provincial confirmation that TransLink, BC Transit and BC Ferries will share more than $1 billion under the […]