Even as the government formally introduces laws to prevent them from striking, a union that represents thousands of school support staff members has vowed to organize a province-wide day of protest on Friday. 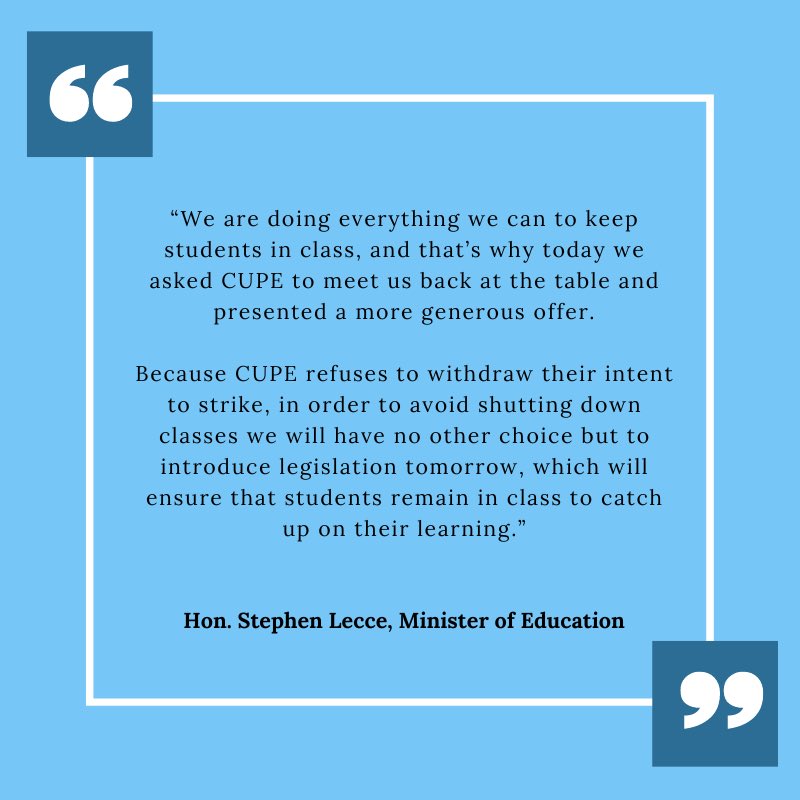 On Monday afternoon, Education Minister Stephen Lecce proactively introduced legislation that will “terminate any on-going strike” by the Canadian Union of Public Employees and impose a new, four-year collective agreement on the union’s roughly 55,000 members.

On Friday, regardless of what this government does, we will be engaging in province-wide political protest where no CUPE education worker will be on the job until we get a real deal. Our members will not have their rights legislated away.

School support employees still plan to leave their jobs on Friday as part of a day of protest, according to Fred Hahn, president of CUPE Ontario, who made the announcement during a news conference.

The Toronto District School Board (TDSB) announced on Monday night that if the walkout occurs on Friday, “all schools will have to be closed for in-person learning.”

The board is requesting that all guardians and parents look into other options for their children’s care.

We have looked into every potential contingency plan to keep schools open, and this is not a choice that we take lightly “In an email to parents, the TDSB stated.

“Our top priorities are the supervision and safety of kids, and we cannot ensure that all students will learn in conditions that are safe and clean without the crucial assistance of these school-based staff members.

The planned job action’s continuation on Monday is still uncertain at this time.