A Toronto restaurant has been ordered to pay $10,000 in compensation to a black man who, along with his dinner companions, was asked to pre-pay for a meal on his birthday 4 years ago. 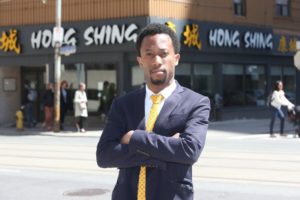 In a recent decision, the Human Rights Tribunal of Ontario ruled that Hong Shing Chinese Restaurant discriminated against Emile Wickham on the basis of his race and must pay $10,000 for “injury to his dignity, feelings and self-respect.”

Wickham told the Human Rights Tribunal that he and three friends, all of them black, went to the downtown Toronto restaurant in the early morning hours of his birthday, May 3, 2014. 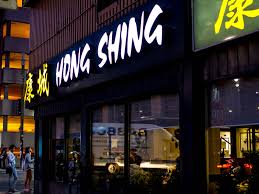 Even though they obliged the server’s request, Wickham told the tribunal it did not sit well with him. So he got up and asked three groups of other diners whether they had to pre-pay for their meals – and all of them said no.

Wickham told the tribunal that other patrons looked either white, mixed race or East Asian and that he and his friends were the only black customers in the restaurant at the time. He said all restaurant staff were East Asian.

Wickham then asked the server to explain why he and his friends were the only ones who had to pre-pay for their meals.

According to evidence given to the tribunal, the server did not offer any explanation and simply asked Wickham’s group if they wanted their money back. A restaurant staff member who appeared to have a supervisory role also offered them a refund and behaved in “a dismissive manner,” Wickham told the tribunal.

Wickham, who came to Canada from Trinidad, told the tribunal the incident had a profound impact on him and his perception of Toronto. Two of his friends who were with him that night also testified before the tribunal and said they felt the incident was racially motivated.

In a statement to CTV News, the current owner of Hong Shing Chinese Restaurant said the Human Rights Tribunal’s decision is under appeal.

“We are deeply concerned about the situation and the people affected, with an added consideration that the reported claim occurred four years ago when the restaurant was under different management,” Colin Li said in the statement.

Toronto police are seeking a man and a woman in a fraud case involving hundreds of thousands of dollars. Police say a woman went into a bank on June 29 and, using false identification, posed […]

Experts say there is a common misconception that you can’t get Lyme disease in the winter because people believe ticks are no longer active. Andrew Hebda, a zoologist at the Nova Scotia Museum, said he’s receiving about 150 ticks […]