A van plowed into pedestrians on a north Toronto sidewalk Monday afternoon, killing at least nine people and injuring multiple others.

According to witnesses, the driver mounted the sidewalk on Yonge St., just south of Finch Ave., before eventually being apprehended by police south of Sheppard Ave. on Poyntz Ave.

Mehrsa Marjani was at the Soban café at the corner of Yonge and Finch when the attack began. She said she saw people strewn across the pavement, including a woman in her 20s or 30s who appeared to have been struck on the sidewalk close to Finch. 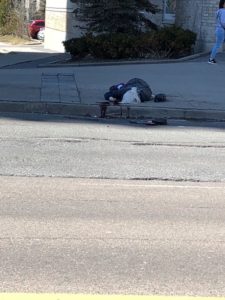 Marjani said, “I saw five people injured, one in okay condition, three deadly injured. One died before my eyes.The woman was covered in blood. “So many people tried to help her.”

Andy Jibb watched from the balcony of his 27th floor condo. He had been jolted from his work by the sound of crashes, then screaming. What he found below shocked him. There were at least five bodies laying on the sidewalk. At least three didn’t appear to be moving.

Again, the van continued south along Yonge. But it wouldn’t travel much further.

Accountant Subhendu Basu was driving along Poyntz Avenue when he heard sirens approach. There, he saw police cruisers, and noticed a white van approaching. 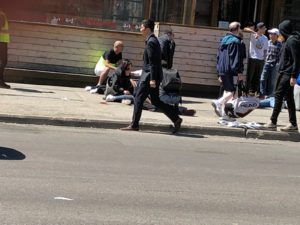 As the van neared the police cruisers, it slowed to a stop.

A man got out carrying something black in his hands and pointing it like a handgun, Mr. Basu said.

“The cop was taking all precautions, crouching down beside his car and trying to aim,” he said. “The [suspect] was just walking out in front pointing at the cop.

The officer manoeuvred toward the suspect, alternately advancing and taking cover until he eventually overpowered him. Within moments, it was over. The officer had pushed the man down onto the road. Police arrested him, and Monday night, they identified the suspect as 25-year-old Alek Minassian. 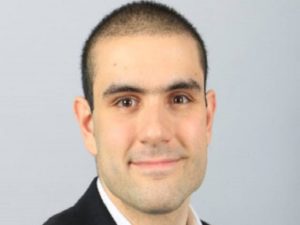 Ontario is implementing a standard lease form that will become mandatory for most private residential rental agreements signed after April 30, 2018.A new standard lease guide will be made available in 23 languages on April […]

March 5, 2021 Comments Off on “There will be no tolerance for violence or criminality” – Chief Nishan Duraiappah provides statement concerning ongoing protests in the Region of Peel

February 19, 2021 Comments Off on Stay-at-Home Order Extended in Toronto and Peel Public Health Regions Along with North Bay-Parry Sound

York Region to Return to Strengthened COVID-19 Response Framework February 19, 2021 TORONTO — In consultation with the Chief Medical Officer of Health and the local medical officers of health, the Ontario government is maintaining […]

Gun violence has had devastating effects on communities across the country, and on too many Canadians who have lost loved ones. According to Statistics Canada, firearms were used in over 40 per cent of homicides […]