The president of Toronto’s real estate board(TREB) has warned leaders of the Ontario Real Estate Association, headed by a former Progressive Conservative leader, to “stay in their lane” in an emphatic letter that relays his concerns that the provincial group is stoking fears about the housing market and becoming too political.

OREA is a provincial organization that represents members of Ontario’s local real estate boards, of which TREB is the largest. The Toronto chapter accounts for 50,000 of the 70,000 OREA members in the province. 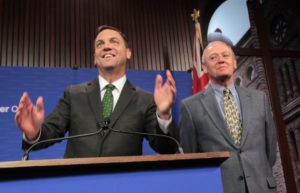 In a letter obtained by The Canadian Press, Tim Syrianos tells the president of the Ontario Real Estate Association — whose chief executive is long-time Tory Tim Hudak — that the organization should turn its focus away from political contests and affordability in the Greater Toronto Area, and stick to its mandate to promote the province’s housing market as a whole. 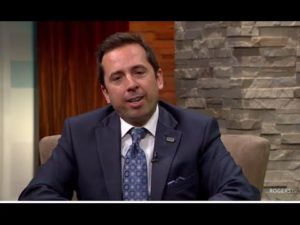 “It is misguided and ill-advised to attempt to supplant TREB and overtake our expertise and well-respected voice in our marketplace simply for media headlines and political gain,” Syrianos wrote in the letter to OREA president David Reid.

Syrianos expressed concern about the “Ontario Realtor Party,” an OREA campaign that, according to the provincial organization, supports “all political parties and politicians that support the Canadian dream of home ownership.”

He also expressed his discontent with OREA’s plan to use the campaign to endorse specific politicians on billboard advertisements — something he sees as a direct violation of his board’s mandate to promote policies, not people.

The temperature is expected to reach 34 C today in Toronto today but it will feel closer to 42 with humidity.The relentless hot weather this long weekend has lead city to issue an extended heat […]

Toronto police have arrested 20 year old Brampton man , Adam Abdi who allegedly shot at random strangers, including a four-year-old girl, in five separate incidents this month.  Abdi is facing a total of 48 charges […]