Donald Trump today played a Hollywood-style video to Kim Jong-un, which depicted the North Korean leader and the US president as its leading men, showing the prospect of peace.

The video made a dramatic pitch for the benefits of peace between the two Cold war-era rivals laying out the opportunities that could come with an agreement to eliminate North Korea’s nuclear arsenal — a story about “two men, two leaders, one destiny.” 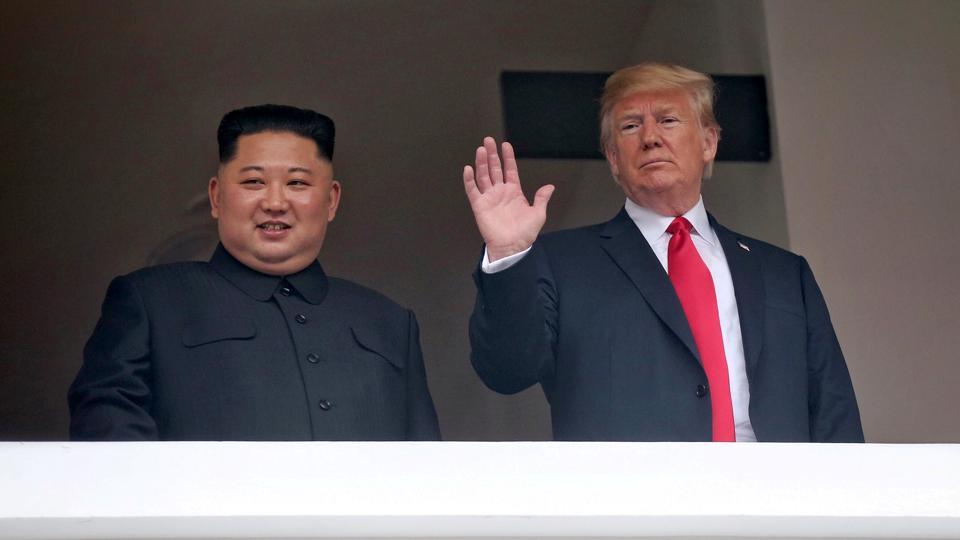 Trump played the video in Korean to the North Korean leader and eight aides at their private bilateral meeting, The Straits Times reported.

When asked about the video montage played ahead of the press conference, Trump said: “We had it made… I hope you liked it. I thought it was interesting enough to show… And I showed it to him (Kim) today towards the end of the meeting and I think he loved it,” the report said. 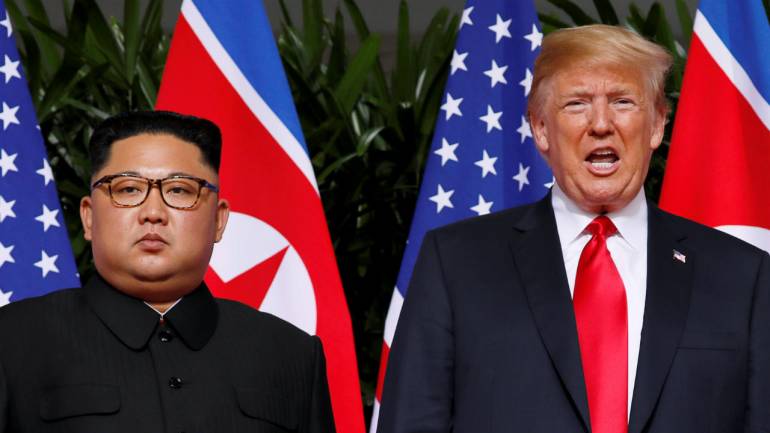 The film drew on the “in a world” and “one man, one choice” framing of Hollywood action movies.

The voiceover framed Kim as a potential “hero of his people” with the chance to achieve “prosperity like he has never seen.”

The trailer portrays 71-year-old Trump and 34-year-old Kim as the two leading characters of the film — but the outcome is yet unknown. The narrator says the film is “featuring President Donald Trump and Chairman Kim Jong Un, in a meeting to remake history, to shine in the sun, one moment, one choice, what if? The future remains to be written.”

“It comes down to a choice. On this day, in this time, in this moment the world will be watching, listening, anticipating, hoping.

“Will this leader choose to advance his country, and be part of a new world? Be the hero of his people? Will he shake the hand of peace and enjoy prosperity like he has never seen?

“A great life, or more isolation? Which path will be chosen?

“Featuring President Donald Trump and Chairman Kim Jong Un… In a meeting to remake history. To shine in the sun. One moment, one choice. What if? The future remains to be written.” PTI

Trump to ‘suspend immigration’ into the U.S.

April 20, 2020 Ragini Joshi World News Comments Off on Trump to ‘suspend immigration’ into the U.S.

President Donald Trump tweeted that he was suspending immigration into the US to protect jobs of “GREAT American citizens” amind COVID-19  pandemic. His full tweet: “In light of the attack from the Invisible Enemy, as […]

U.S. President Donald Trump signed an executive order on Wednesday meant to strengthen election security by slapping sanctions on foreign countries or people who try to interfere in the U.S. political process. Under fire over […]

Trump says he misspoke on Russia meddling; has full faith in US intelligence agencies

July 18, 2018 ptcnetcanada World News Comments Off on Trump says he misspoke on Russia meddling; has full faith in US intelligence agencies

August 1, 2020 Comments Off on Public Health Notice: Outbreak of Salmonella infections linked to red onions imported from the United States

Since July 24, there have been 55 additional illnesses in Canada reported in the ongoing investigation. Investigators have determined that red onions imported from the United States (U.S.) are a likely source of the outbreak. […]

Over the past several months, Canadians have been following public health advice and doing their part to help prevent the spread of COVID-19. Now, as we take steps to ease restrictions and safely restart our […]

“I didn’t know WE Charity might get grant until matter came to cabinet,” Trudeau says

July 30, 2020 Comments Off on “I didn’t know WE Charity might get grant until matter came to cabinet,” Trudeau says

Canadian Prime Minister Justin Trudeau goes before Parliament to face questions on WE Charity scandal, where insists of not knowing anything about a decision to give a sole-sourced deal to administer a $912-million student grant […]