Thanks to Trump’s “Zero Tolerance Police”, more than 50 illegal Indian immigrants, mostly Sikhs, seeking asylum in the US are being treated like criminals with their turbans taken away in a federal prison in Oregon.

U.S. President Donald Trump’s tough immigration policy has separated nearly 2,000 children from their parents and guardians and placed into holding facilities between April 19 and May 31 of this year.The controversial decision, however, has been reversed by Trump through an executive order following widespread protests against the move. 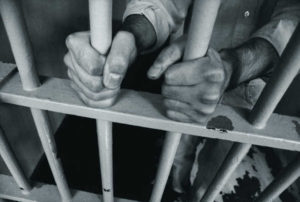 Navneet Kaur, a community college professor said, “It’s heartbreaking when you go in there and you see the young kids like the ages are close to starting from 18 onwards, 22 to 24 in those jumpsuits…and you wonder how they ended up being treated as criminals. They’ve not committed a crime, they have crossed the border and they have asked for a refugee or asylum and that is a law of this land.”

Over the past several weeks, Navneet has interacted with most of the 52 Indian inmates in the federal prison at Sheridan in Oregon. She has volunteered to work as a Punjabi translator for the non-profit legal firm Innovation Law lab, which is providing legal assistance to the illegal immigrants in jail. 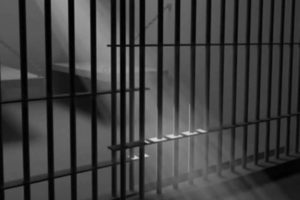 The Indians form the largest group of detainees in the total 123 illegal immigrants being held at a facility in Sheridan.

“Right now, they are (in) a miserable (condition),” she said. Of the 52 Indians, a majority of them are Punjabi speaking and are Sikhs.

Navneet said that when they were arrested, the Indian asylum seekers were chained.

“When they were in handcuffs and chains for 24 hours they ate with their handcuffs on. Even the hardcore criminals are not treated like that. Then they were kept for 22 hours a day in a cell with the people who did not speak the language,” she said. “It’s inhuman,” she said.

The situation is worse for the Sikh inmates as their turbans have been taken away in the jail.

Navneet added, “Their turbans have been taken away. In a country where everyone has right to practice their own religion these men there don’t have turbans to cover (their head). Not even a piece of cloth to cover their heads.”

During the last few days the local community leaders have managed to give beanies to a few of the Sikh inmates so that they can cover their head.

“They (Indian inmates) are in a state of shock,” she said, adding but none of these Indian asylum seekers want to go back home. All of them are seeking asylum in the US on the grounds that they fear for their life in India and that they are subject to political and religious persecution, she added.

Victoria Bejarano Muirhead, development director at the non-profit Innovation Law lab told PTI, “They are feeling very shocked… They are probably all wondering like, is this worth it if I’m going to be treated this way.”

The Innovation Law lab has filed a lawsuit to seek access to these inmates and have been providing legal assistance to all the Indian asylum seekers who want one.

Some of the Indian asylum seekers have hired their own attorney. As a result of the intervention of the Innovation Law Lab the condition of these inmates have improved and they are being allowed to make calls both domestic and internationally.

Despite the inhuman conditions these inmates are living in, none of them are willing to go back home, both Navneet and Muirhead said.

The Indian Consulate in San Francisco had recently sent its officials to meet these inmates. But it is not clear if these Indian citizens accepted the offer of the Indian government to help them go back home.

The next step for those who wish to seek asylum is to have a credible fear interview, which takes place with an asylum officer and with the individual during which the official will try to assess whether or not they have been actually persecuted or have a reasonable fear of persecution, Muirhead said.

Secondly, they will try to assess whether or not that persecution is related to a reason for having asylum, she added.

Celebrating Guru Nanak Dev Ji’s 550th Birth Anniversary. EcoSikh, an environmental organization of Washington, is planning to engage the Sikh community to plant 1 million trees throughout the planet to mark the 550th birth-anniversary of […]