16 people are arrested in India after two men became the latest victims of hysteria over WhatsApp rumours of child kidnappers.

The 2 were beaten to death by a large mob when they had stopped to ask directions in north-eastern Assam state. 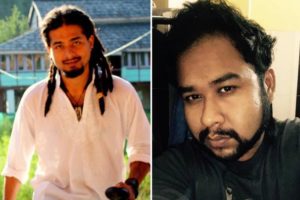 Rumours of child kidnappings are spreading across India over WhatsApp, and have already led to the deaths of seven other people in the past month.

Police say it is proving hard to take off the messages on social media.

The two latest victims have been identified as Nilotpal Das, an audio engineer and Abijeet Nath, a digital artist – both residents of Guwahati, the largest city in Assam.

Residents reportedly believed they were “kidnappers” they had been warned about on WhatsApp.

A video of the attack went viral over the weekend, where one of the men can be seen pleading for his life. On Sunday, students and activists filled the streets of Guwahati to protest against the killings.

The video is accompanied by text messages that talk about “kidnappers” arriving in the city with the aim of snatching children.

Though it was initially spread via the messaging app, the panic was further fuelled when some regional media channels picked up the rumours, lending them credibility.

This has prompted locals to attack those who look unfamiliar or cannot speak the regional language.

Teen killed own mother and sister brutally in rage.

A 16 year old school boy is accused of murdering his mother and sister in Noida, India.The 42-year-old mother and her daughter, 11, were found murdered in their apartment in Gaur City in Greater Noida […]