Fire crews have been battling dozens of wildfires in northeastern Ontario.

Eight new fires were ignited by lightning strikes on Friday, pushing the total number of blazes to at least 65, out of which 34 still remain out of control. 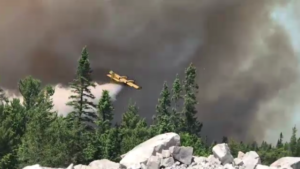 The fire known as Parry Sound more than quadrupled in size on Friday 33, prompting the ministry to recommend the mandatory evacuations of the Key Harbour area and the municipality of Killarney south of the French River Provincial Park. 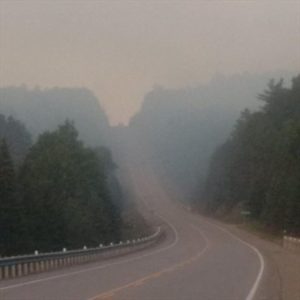 The dense smoke from the fires has also forced the closure of a section of the Trans Canada highway.

Ontario crews are getting help on the ground from firefighters who’ve come from across Canada as well as the United States and Mexico. Dozens of planes and helicopters are also being employed to battle the fires. 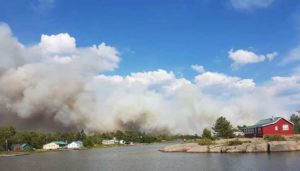 With more hot, dry, windy weather forecast this weekend, they’re likely to need all the help they can get.