Emily Nield, an Ontario woman is looking for an apology from the Georgia police officer who arrested, handcuffed and charged her because she was driving with a Canadian licence.

Nield shared. “It was the most horrendous incident of my life.It was mortifying. I was terrified the entire time.”

About a month ago, the 27-year-old was driving through Georgia to Tennessee, where she had just completed a master’s degree in geology. Nield’s route took her along the I-75, which is often used by Canadians making the trek to and from Florida.

That’s where she was pulled over for speeding, and the officer asked to see her licence. Nield handed over her Ontario driver’s licence, but wasn’t prepared for the officer’s reaction. 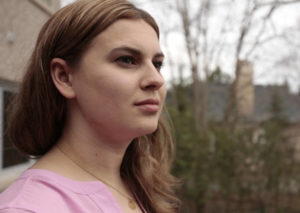 Nield said that she was then asked to prove she was Canadian and although she had copies of her passport, Nexus card, and birth certificate on her phone, the officer wanted to see an original hard copy.

“When I failed to produce it, she reached through the window of my car and she put handcuffs on me,” said Nield.

“She told me that I have just been arrested for driving without a licence and that I needed to go to jail.”

At the police station Nield was charged with driving without a licence and speeding, for doing 87 m.p.h. in a 70 m.p.h. zone.

Police took her mugshot and fingerprinted her.

She said police told her she would remain in jail until her court appearance on June 12, unless she paid an $880 US bond in cash, which she didn’t have.

Eventually she was allowed to use her debit card and post her own bail. Nield said she also had to pay $200 to remove her car from the impound.