Body of 30 year old York University Zabia Afzal has been found in Niagara region.There was a rigorous hunt for Zabia Afzal, a Ph.D. student who went missing on May 10. 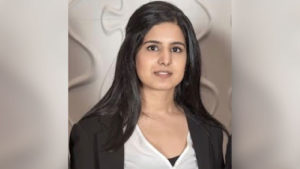 Zabia Afzal went missing past month after taking an Uber to Woodbine Beach from her workplace near Highway 400 and Major MacKenzie Drive West around 9:40 a.m.

Afzal was last seen in the Ashbridges Bay area an hour later, and her shoes, sweater and other belongings were found on an outcropping of rocks near the water.

Friends and family helped police with the search for Afzal and launched pages on social media to provide information. 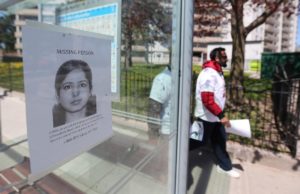 York Region police said they got a call from the Niagara Regional Police Service on Friday afternoon about a body that had been found in the water.

An autopsy confirmed the remains belonged to Afzal, and her death doesn’t appear to be suspicious. Investigators do not consider the death as suspicious.

A statement on the FB page reads,“The family is deeply appreciative of everyone’s efforts in trying to locate Zabia.”

“You have left an impact on their lives with your enormous show of concern and commitment. Please keep them in your prayers and please respect their need for privacy during this difficult time.”

No more traffic and parking ticket quotas for police in Montreal

Montreal’s widely loathed quota system for traffic tickets is over, says Mayor Valerie Plante, as are lucrative performance bonuses for bosses that were tied to lower-level cops reaching the targets. Drivers aren’t getting off easy, […]

The Toronto District School Board says that it wants to be consulted on the location of legal marijuana dispensaries so that it can work to keep them “as far away from schools as possible”.It is […]

Chinese scientists have given  new ears to 5 children that were grown in a laboratory using their own cells combined with a 3D-printed biodegradable mould. The children, aged between six and nine years, were all […]